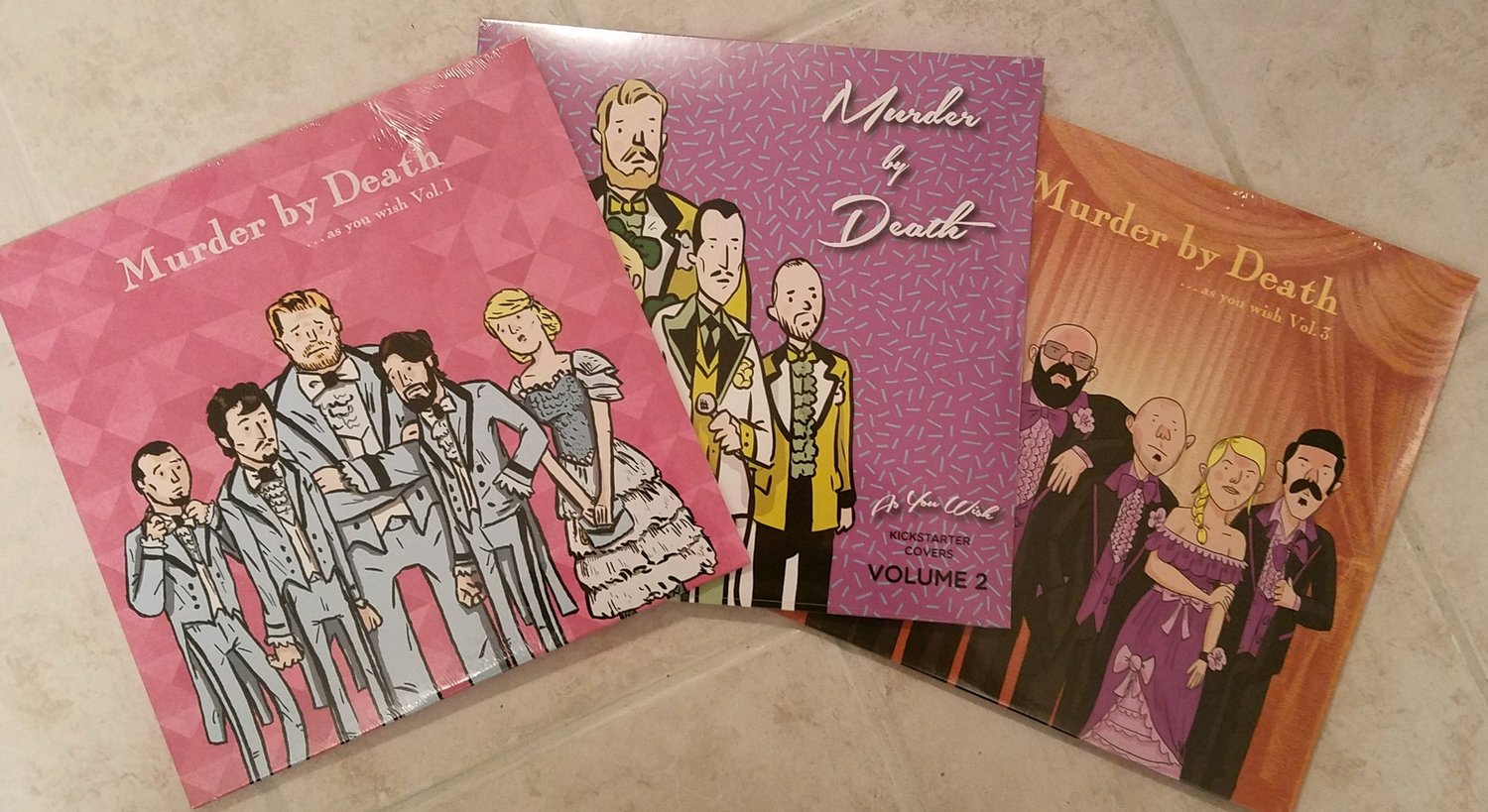 As You Wish BOX SET (3 double albums of our kickstarter covers chosen by fans). This is FORTY FIVE (45!!!) cover songs, on 6 records on 180 gram vinyl. It's limited to 1000 copies. It comes with digital DL codes.

Road To Nowhere by Talking Heads
You Really Got A Hold On Me by Smokey Robinson and The Miracles
Angel Flying Too Close To The Ground by Willie Nelson
Don't Let Me Be Misunderstood by The Animals
Howl by Florence and The Machine
Only In Dreams by Weezer
Maybe Sparrow by Neko Case
Tupelo Honey by Van Morrison
Adam Raised A Cain by Bruce Springsteen
Behold Black Sheep by Those Poor Bastards
Moonage Daydream by David Bowie
Unrest In The House Of Light by The Protomen
Here's Looking At You, Kid by The Gaslight Anthem
Locked In The Trunk Of A Car by The Tragically Hip
Who Will Save Your Soul by Jewel
Desert Grave by Dog Fasion Disco
Frozen North by Bruce Soord with Jonas Renkse